In this self initiated research-by-design project, Shift architecture urbanism argues for micro markets that operate on a hyper local scale during corona shutdowns. They keep the food market traders and the whole supply chain behind them in business in order to provide fresh food in a safe way to the self-quarantined inhabitants of the city.  Their hyper local character limits the amount of travelling through the city and their products on offer release the pressure on the supermarkets that have a hard time reducing the contamination risk.

At this moment in time, there is a strong worldwide consensus that shutdowns are our only answer to stop the corona virus from infecting us too fast to cope with. The actual form that this shutdown should have and especially its severity, has brought many dilemmas to governmental bodies that impose them. One such dilemma is how to guarantee the distribution of fresh food and groceries with a minimum of risk.

In the attempt to limit physical contact between people, the purchase of food is probably the weakest link. In the various shutdowns over the world, supermarkets have not been closed since they are part of our vital infrastructure of food distribution. Online shopping, by far the safest way to get groceries, is booming but cannot replace physical supermarkets in terms of capacity and reach. Nor can the various drive-through food solutions that pop up in many places.

While most supermarkets have stayed open all over the western world, the various lockdowns have been less consistent regarding the fresh produce markets. There are big differences between countries and regions. In the Netherlands for instance the large weekly or semi-weekly street markets have stayed open in many cities, even in the province of Brabant, the Dutch corona epicenter. In some cities they have been reduced to food only. In others, such as Rotterdam, they have been closed altogether. 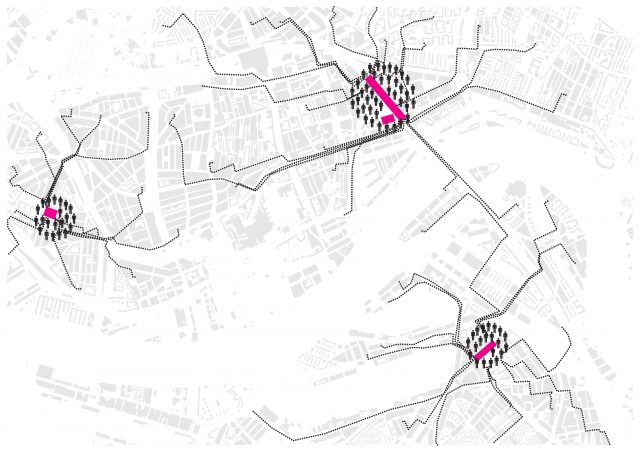 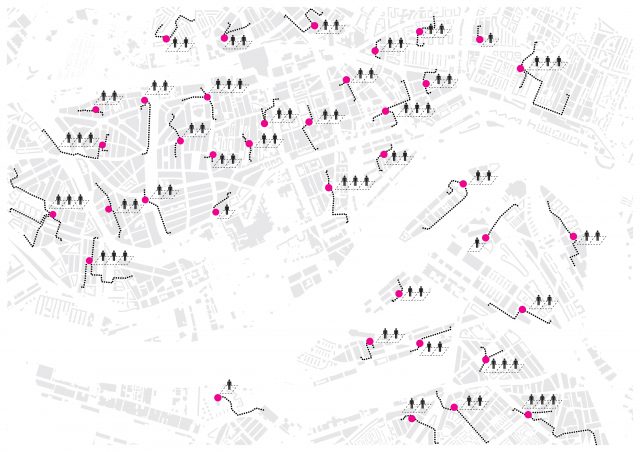 Even with protective measures it seems very difficult if not impossible to rule out the risk of contamination in traditional fresh produce markets. The social distancing rules are very hard to control and many people are touching the same products. But this is also the case at the supermarkets that do stay open. Furthermore, closing down the markets will put even more pressure on the supermarkets and will further disadvantage people with lower incomes. Many households depend on the open-air market for their basic food needs. Closing the markets forces them to switch to the more expensive supermarkets, putting further financial pressure on these more vulnerable groups.

So, what to do with the fresh produce markets in the context of the shutdown? When referring to another corona problem, the one of creating new hospital facilities in an extremely short time, Lt. Gen Todd T. Semonite, commander of the US Army Corps of Engineers, said:“This is an unbelievably complicated problem,” he added, “and there is no way we are going to be able to do it with a complicated solution. We need something super simple. So, our concept here is a standard design.”

Shift’s proposal is to keep the vital function of the fresh produce markets fully intact, even strengthening it, while at the same time minimizing its potential role in spreading the virus. For this, the large markets have to continue in a different form, place and time. Its former model of concentration has to be replaced by a model of dispersion, both in space and time. This is done by breaking down the large markets into so called micro markets that are spread over the city and opening them up for a longer time. Instead of you going to the market, the market is coming to your neighborhood. These hyper-local markets are open at least 5 days a week instead of twice a week to further reduce the concentration of people.

The micro market’s standard spatial setup consists of a 16 square grid, aligned with three market stalls, each selling a different kind of fresh produce such as fruits, vegetables, dairy products or meat. The grid is taped on the pavement and fenced off with standard crush barriers. It has one entrance and 2 exits. In order to maintain social distancing each cell can only hold one person. In order to permit movement, the grid can only hold a maximum of 6 people. These rules are made clear at the entrance of the micro market, that has a waiting line taped on the pavement. The stalls will offer packages instead of separate products, to limit the time customers spend in the grid.

How to do all this fast, simple and in an organized way? To split up and disperse the market is fairly easy to do in a short period of time. Unlike the supermarket, the street market is composed of very flexible and mobile units. Most market traders are used to relocate their stalls every day. Also, the realization of the micro market is easy and fast. It only needs standard products for traffic and crowd control that each municipality has in stock. Finally, the assignment of the different stalls over specific places of the city should be coordinated by the municipalities in cooperation with the market managers of the existing markets.