Invited competition for the redevelopment of an eldery care complex

This project deals with the redevelopment of an outdated care complex in Tilburg. Some buildings have to be kept, others need to be demolished. The new program consists of 120 apartments for seniors , 60 high care units and a local care center.

Our winning proposal introduces a meandering urban figure, a snake, that creates an intimate living environment for seniors along a series of open courtyards.  It absorbs all program in one differentiated gesture whose form is derived from the existing comb-shaped monument with its typical open courts, an icon of post-war housing by architect Jos Bedaux. Two high-rise volumes at the perimeter of the site relate to the city, while the low-rise inside relates to the monument.

Two new east-west axis´ -one for car acces and one promenade- open up the site towards the adjacent neighbourhoods. The new courtyards relate towards these public routes without giving up their intimate quality. They function as collective garders for the inhabitants.
On the western side of the project area, the building frames the existing chapel and creates a new public square where the new housing, the monument and the city meet. 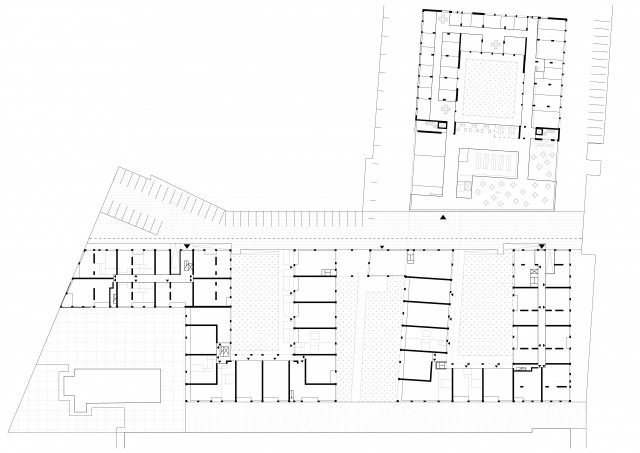 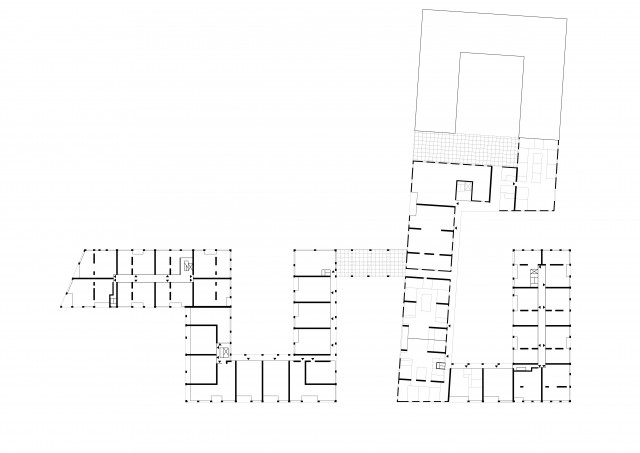 The project will be realised in two phases. Phase one was completed in 2014. Its homogeneous grid facade emphasises both the horizonality of the urban figure and the verticality of the main housing block. The overall gesture is further strengened by the monochrome charachter of the light concrete in combination with the cemented brickwork.

View from courtyard of monument