Redevelopment strategy for the August Allebésquare in Amsterdam

The open city stands or falls on the way it manages the organisation of diversity. Our heterogeneous society demands a planning regime that shapes the exchange between and the overlap of different worlds. The public domain, in particular that of the square, is typically the place where contact between different sections of the population is stimulated and forms of new collectivity take shape.
In order to redevelop the square into a social space that ties in with the reality of the open society and that of the network city, we must introduce new types of buildings and squares. These types must be at once open and specific: open to different groups of users and uses while at the same time specific enough to produce the necessary differentiation and identification.

The Western Garden Cities, are being transformed with little regard for the original qualities of the modern city. The open structure of the initial General Extension Plan is replaced by a defensive form of urban planning that sources its ingredients from the pre-war city. Parks are fenced off, flats are replaced by perimeter blocks and open squares are redeveloped into indoor shopping areas.
The result – a patchwork of gentrified enclaves – may be filling the indeterminate open space of the original city, but is incapable of accommodating new forms of collectivity.

The brief for the August Allebé Square offers the opportunity to formulate an alternative strategy for the ‘problematic legacy’ of the modern city that failed to respond to demographic developments. This must be a strategy that sees the open city and its diverse population not as a problem, but as a chance to forge new types of collectivity and urbanism.

The design proposes a new spatial and programmatic composition that opens up radically on the levels of both neighbourhood and network city.
The potential of the square’s strategic position between the regional axes (A10, metro and train) and the major thoroughfare (Postjesweg) is capitalized on by spanning the square in between these different axes and introducing programs that are relevant on both regional and local levels.

position of the square on different scale levels

In order to program and differentiate the larger space of the square, while at the same time safeguarding its openness, a new type is introduced: the so-called ‘pleingebouw’ (square building). An amalgam of building and public space, the square building is capable of adding programmed mass as well as charged emptiness to the square as a whole.
In dialogue with the existing buildings and/or embedded within the infrastructural network, a sequence of square buildings will enrich the open space with a number of urban archetypes (the podium, the colonnade, the canopy, the plan oblique and the frame). 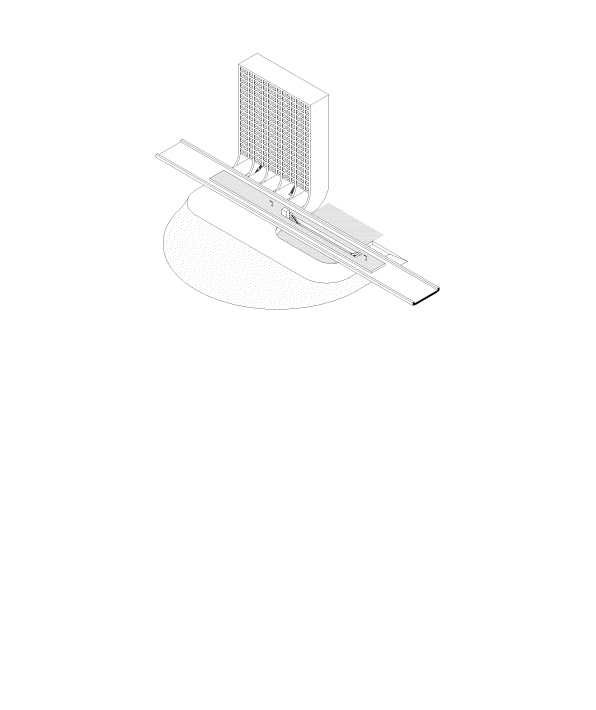 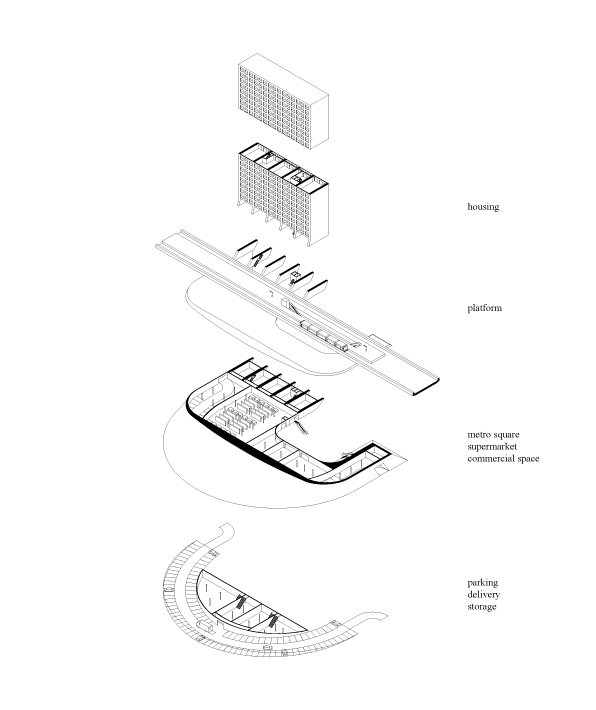 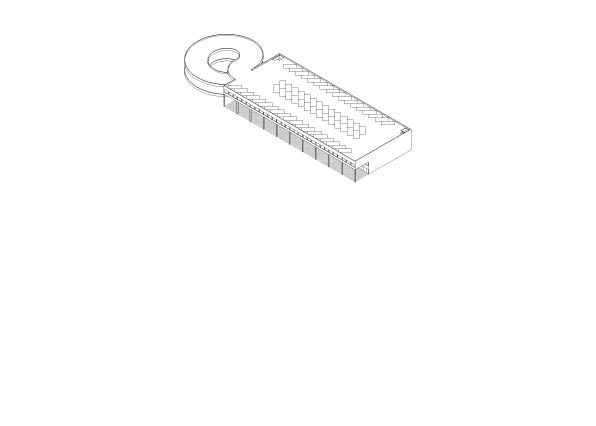 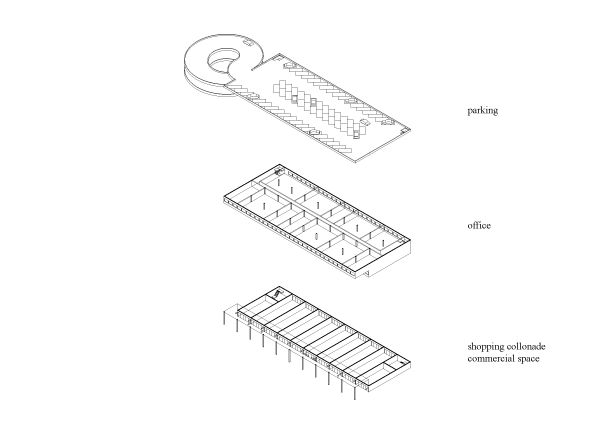 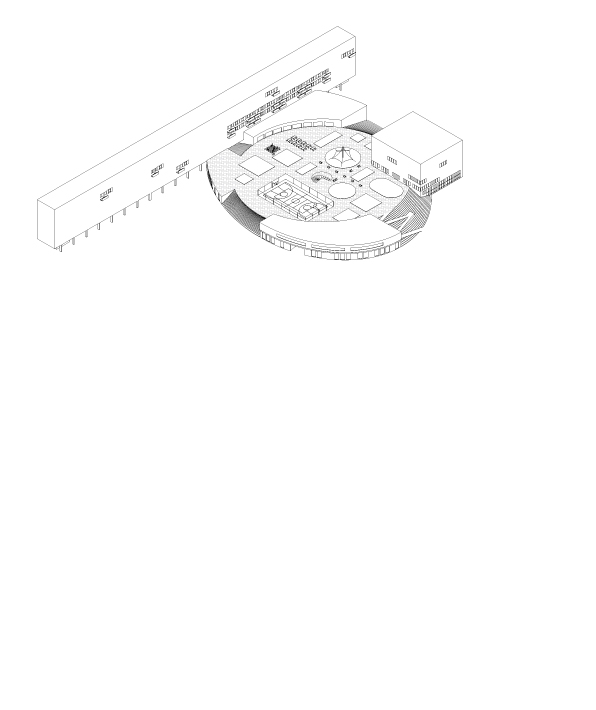 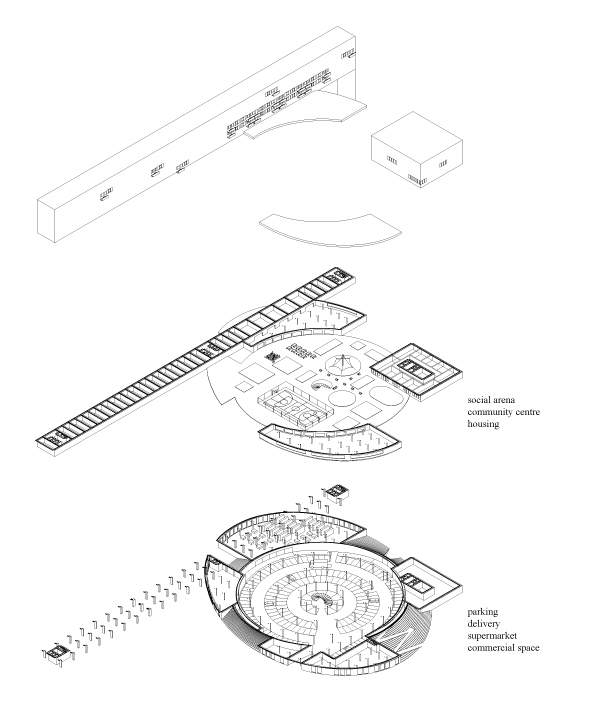 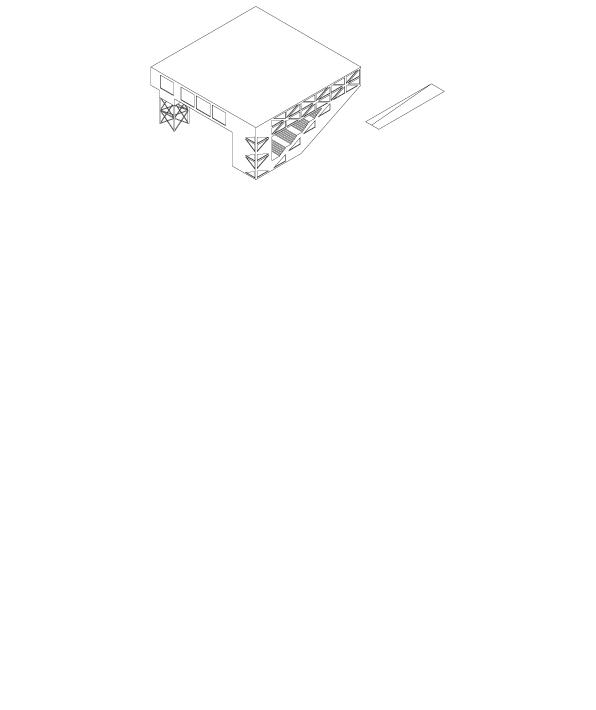 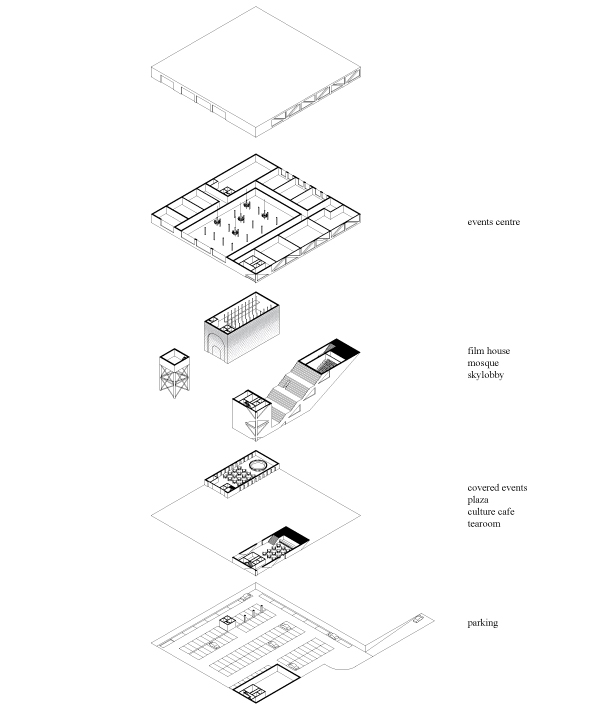 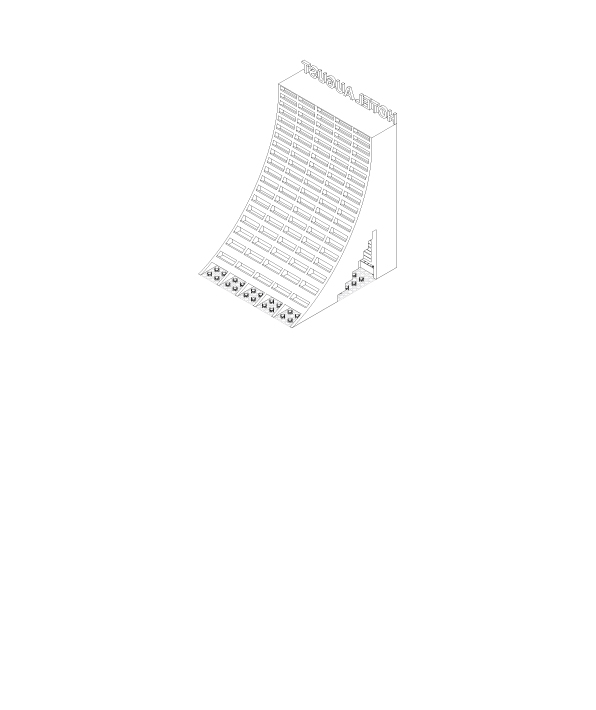 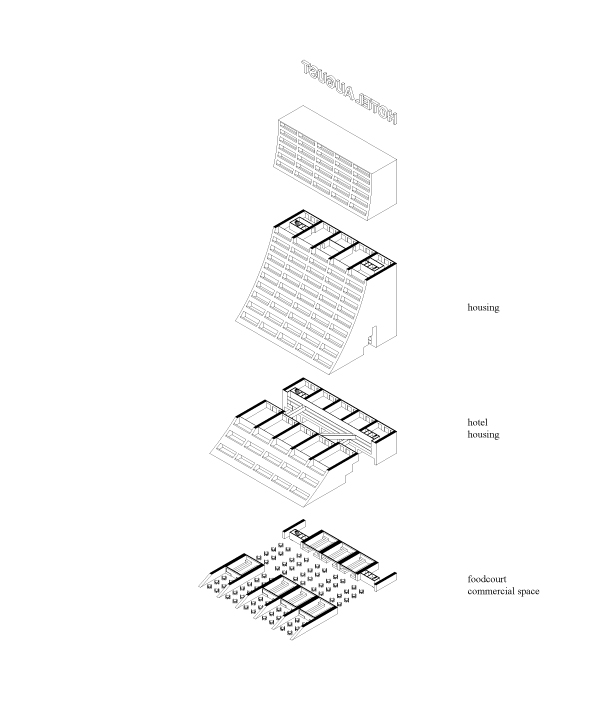 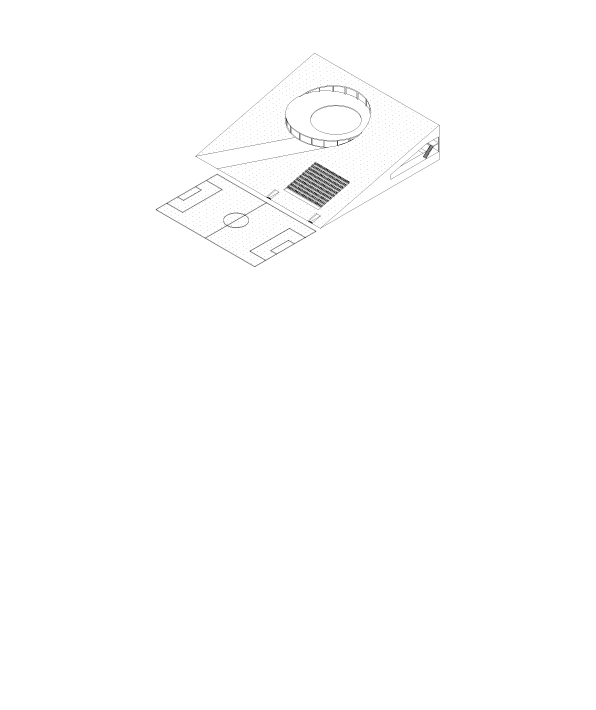 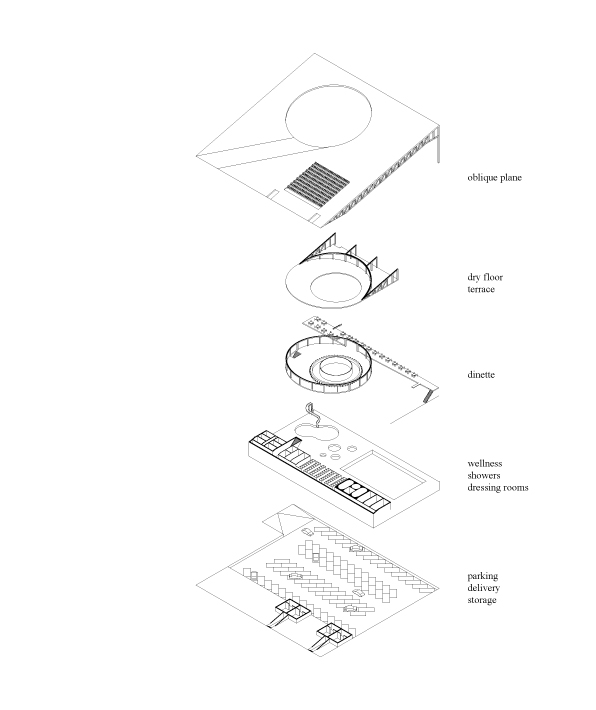 The result is a square-within-a-square-situation, which can simultaneously accommodate different groups and activities without disrupting the continuity of the open space.
The explicit programming of the masses (public transport, commerce, culture, community and sport) and their specific design imply the use of adjacent public space without fixing it. There will still be room for improvisation, spontaneity and the appropriation of the squares by different groups.

The August Allebé Square in its entirety is more than the sum of its individual parts: the co-existence of different groups and their activities transforms the square into an urban “coulisse landscape” where one is constantly reminded of the presence of parallel worlds, of ‘the other’.