is the title of our entry for the Ministerie van Maak exhibition, following the call to 100 designers to come up with concrete solutions for the housing shortage, the energy transition and the consequences of climate change. Our plan shows how the Rotterdam post-war district Het Lage Land can be densified with 15,000 new homes, new working places and various amenities. The 100 models are showcased during the 2022 Rotterdam Architecture Biennale, in the largest scale model ever made of the Netherlands.

We believe that a significant part of the housing to be built in the coming years must find a place in the existing city. After all, that is where all the facilities, the infrastructure and especially the public transport nodes are located. Inner city densification can also serve as an opportunity to address the water, climate and energy assignments in the existing neighborhoods. And it can provide the necessary new housing typologies for existing residents, elderly for instance, so that they don’t have to leave the neighborhood. 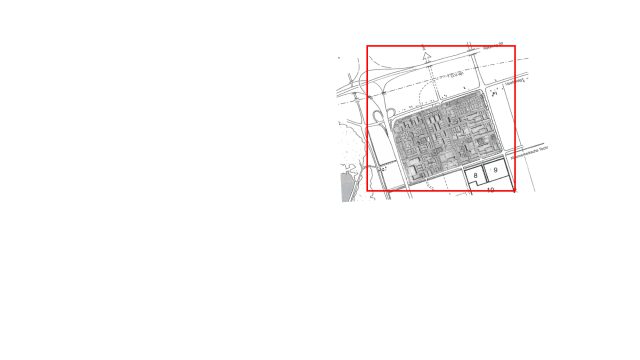 Rotterdam “urbanized landscape”: an agglomeration of introvert islands within the system of the traffic machine

(after a drawing by Frits Palmboom)

Our location, the post-war modernist district Het Lage Land in Rotterdam, is fertile ground for further densification. Not only with homes, but also with spaces for work, water and greenery. The modernist idiom of separation of functions has resulted here in spacious, introverted residential islands surrounded by oversized transition areas, residual spaces and infrastructure. There is a need for a new urban layer that densifies, differentiates and connects this district with the city around it. 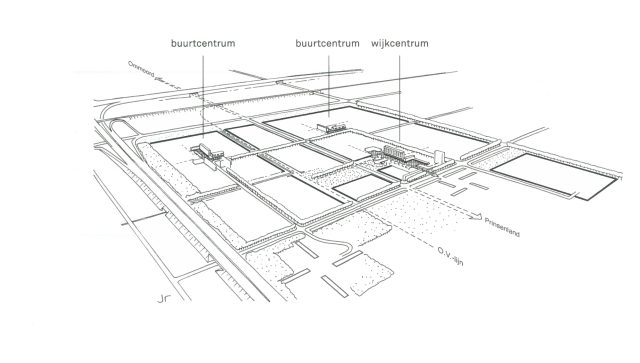 The plan makes use of Oswald Mathias Ungers’ concept of Grossformen (megaforms), that unite flexibility and adaptability with permanence and a strong architectural expression. By framing the existing district with a metropolitan fabric consisting of city streets and work-live city blocks, the plan injects urbanity, form and connections in the peripheral residual buffer zones, characteristic of most modernist districts.

We transform the Prins Alexanderlaan, a 100-metre-wide thoroughfare east of the district, into a metropolitan city street. The metro line, located on the ground level, is flanked and topped with facilities and dwellings. The space for the car is limited in favor of cyclists and pedestrians. This gives the adjacent district Lage Land a representative front in the form of sturdy city blocks with dwellings, facilities, shops and offices that focus on the new city street.

We transform the Prins Alexander industrial premises and the adjacent communal- gardens location into a new mixed live-work district. The current low occupancy and low employment rate on this prime location situated right next to the Rotterdam Alexander train station, makes it ideal to partly preserve and partly intensify the existing businesses with new ones and combine them with up to 10,000 new homes. The railway line, located on a dike, will be provided with underpasses and an overpass, dissolving its barrier effect. The parking program of the entire district will be situated above the railway line. The business/industry areas are located under and inside the building blocks. They are accessed from a circular loop, which means that the entire development itself can be car-free.

pedestrian street in the live-work district

We transform the neighborhood itself with acupunctural infills and a green-blue network that enhances the biodiversity and the sponge effect of the district. New slow traffic paths connect the neighborhood with its surroundings, including the Kralingse Bos, which we are expanding with a sports forest up to the highway. The Prinsenlaan will be transformed into a linear park connecting the Kralingse Bos with the Schollebos. 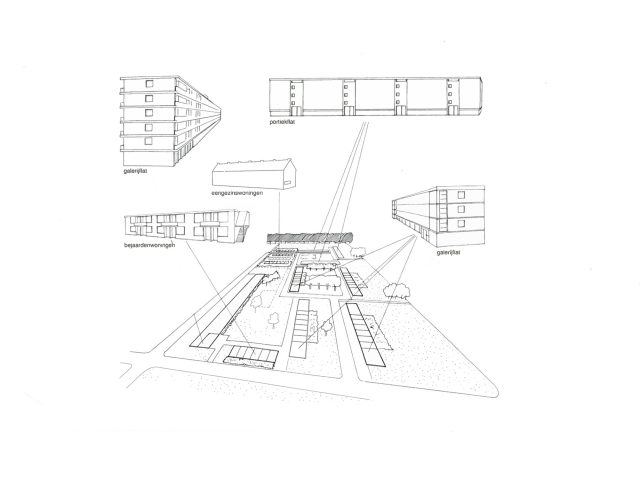 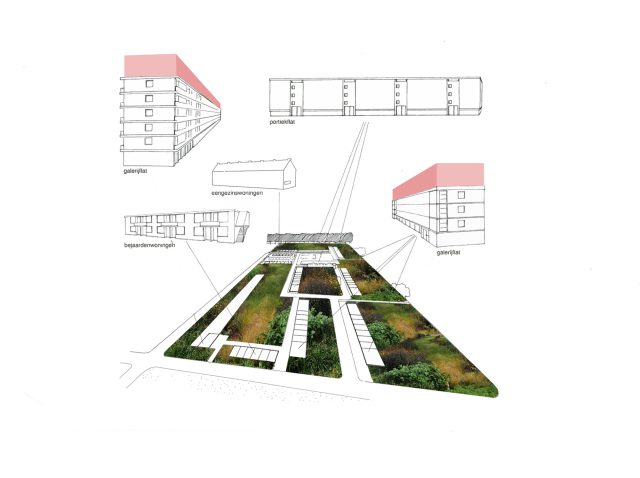 acupuncture in the existing district

Large-scale densification, as we advocate it, is complex. Too complex to be left solely to the market. The management should lie with the municipality. The design disciplines also need to sit more firmly at the table. After all, it is the architects par excellence who can think integrally and literally give shape to THE NEW EXISTING CITY.